If a role is not present for one of the organisms, a Find button will be displayed instead of the feature id. [...].

If a feature is assigned with more than one functional role (multi-functional), [...]. 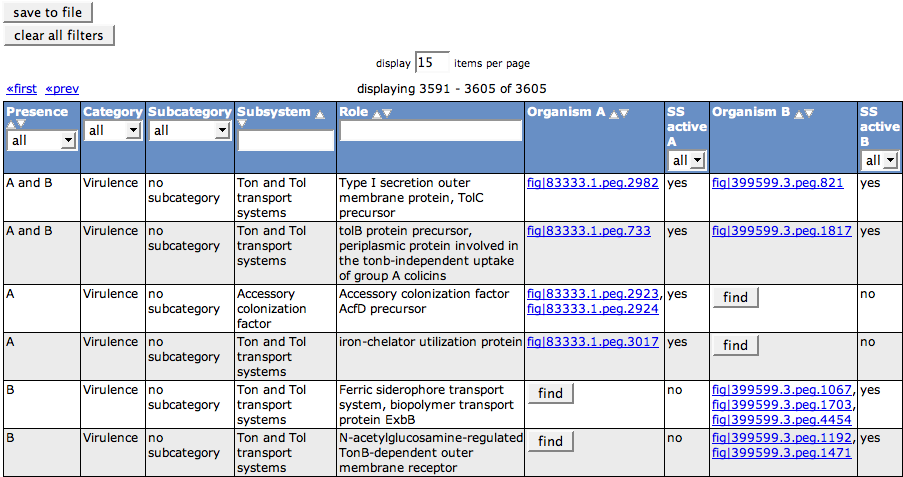